Home   /   Hair Loss and Testosterone: Facts We Need to Know

Hormonal disorders can lead to the development of androgenetic alopecia. This process has barely been studied. Sometimes it is called female or male pattern baldness. Androgenetic alopecia was considered to be caused by an excess of testosterone. This male sex hormone is also produced in the female body. Numerous studies have shown that the cause of this type of alopecia is dihydrotestosterone – a form of testosterone that adversely affects the condition of the hair follicles. As it turns out, dihydrotestosterone plays an important role in the development of various types of alopecia.

Dihydrotestosterone and its effect on the body

Dihydrotestosterone (DHT) is formed from the male sex hormone under the influence of 5-alpha reductase. This process can occur both in the male and female body. At the same time, even if women have a normal testosterone level, they still have a risk of getting androgenetic baldness. DHT has a direct effect on the receptors of follicles located in the scalp. The derivative of the hormone compresses the follicles, preventing the normal development of hair.

An increase in testosterone leads to more intense exposure to DHT. Even at normal levels of androgen hormones, the concentration of its derivatives in the blood can be high. Very often, the problem of hair loss can affect a person with normal DHT who is too sensitive to various chemicals, including hormones. 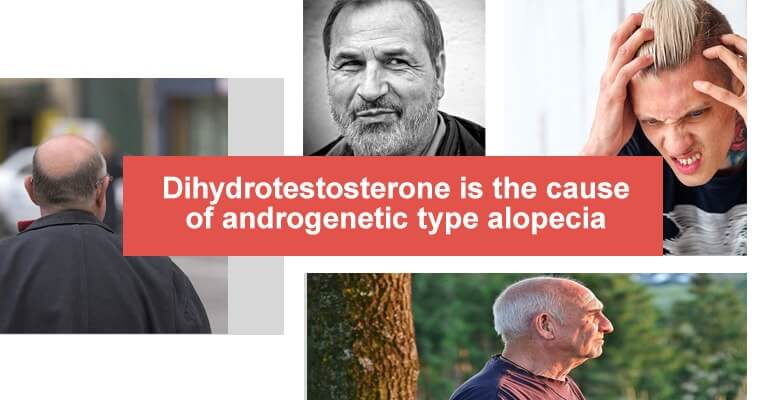 An increase in the intensity of exposure to DHT can be observed not only by the growth in the level of androgen hormones, but also by a decrease in the quantitative index of female biologically active substances. Any hormonal imbalance can lead to severe hair loss and baldness.

Is it possible to stop the process of baldness?

The influence of hormones on the body happens cyclically. Every decade, after the age of 30, the male body experiences a decrease in testosterone levels by about 10%. A noticeable decrease in the concentration of hormones in women occurs before and during menopause. During this period, women are exposed to hair loss the most. The main signs of androgenic alopecia are:

The first and main treatment method for this type of baldness is to normalize the hormone levels. During or before the treatment of your hormonal imbalance, you can also use different cosmetic products and homemade remedies to strengthen your hair. Your doctor may recommend medicines and special procedures to fight the baldness.

One of the best solutions for hair restoration and fighting hair loss is the GrivaMax Laser Cap. The action of this compact and convenient device is based on low-level laser therapy, which affects the entire structure of the hair and follicle. The uniqueness of this method is that it works as an effective enhancer of any other method of baldness treatment (transplantation, drug therapy).

4 thoughts on “Hair Loss and Testosterone: Facts We Need to Know” 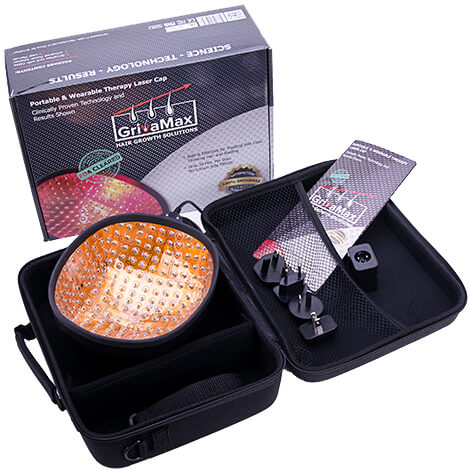 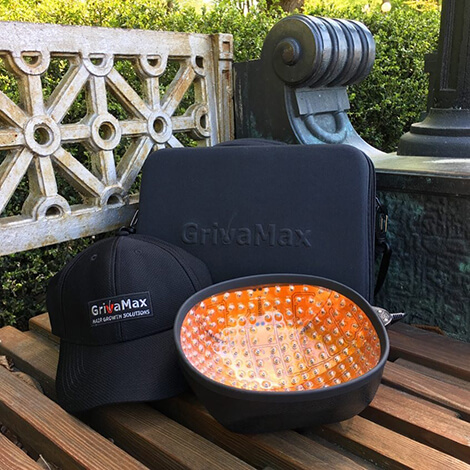 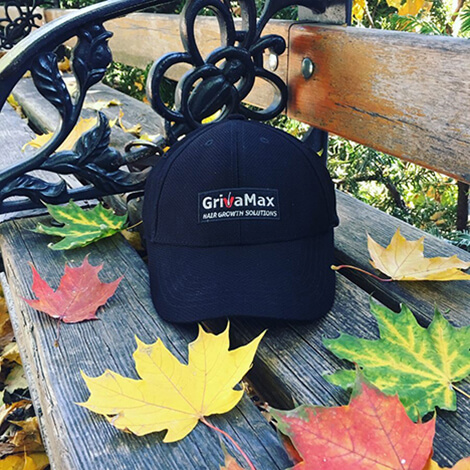